The Society for Biblical Studies is forever indebted to the following people for their contributions to the SBS mission:

1934-2016
Charles was a United Methodist pastor and devoted churchman, serving United Methodist churches in the Holston Annual Conference for over 60 years. He was appointed to the District Superintendency for two separate terms and also served as assistant to the Bishop of the Holston Annual Conference. Indeed, he was asked to come out of retirement at least twice to serve his Annual Conference in these capacities. It is in his capacity as assistant to the Bishop that his path lead him to the ministry of The Society for Biblical Studies. He and his wife of 62 years, Kaye, were passionately committed to S.B.S. Charles served on the Board of Directors from 2001 until his death. He was the Board President from 2002 to 2009 and was the Vice President from 2009 until the time of his death.

Charles was a passionate advocate of social justice having taken prophetic and risky positions on race relations as early as the early 1950s. His interest in and commitment to justice inspired his positions on justice for Palestinians and security for Israelis. He made a commitment to himself not to travel to Israel until the Palestinians themselves had a state of their own. By 1999, he had come to realize that a Palestinian state was very far in the future. Since he wanted to visit the lands of the Bible, he decided that he would go, but only with a socially repsonsible organization. Fortuitously, he was led to The Society for Biblical Studies. From his first journey with S.B.S., he recognized it as an organization that promoted authentic pilgrimage and not merely another tour complany. He became a passionate advocate of the S.B.S. mission. He personally led hundreds of people on nine journeys to the Holy Land, Greece, England, Turkey, and Egypt. In addition, he participated in all of S.B.S.’ national conferences. He was instrumental in broadcasting the word of S.B.S.’ mission well beyond the Holston Annual Conference. 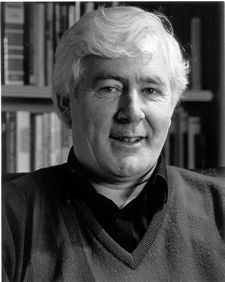 The Rev. Dr. Michael Prior, CM

Professor of New Testament, St. Mary’s College, University of Surrey
1942-2004
A visionary scholar whose work inspired many from Jerusalem to North America, a devoted priest who understood that personal faith requires commitment to social justice, a loving brother, uncle, friend whose humor was as refreshing as his intellectual acumen was impressive, a founding member of the Board of Directors.

“Only when ‘the blind receive their sight, the lame walk, lepers are cleansed, and the deaf hear, the dead are raised up, poor people are evangelised’ (Lk 7:22) can the Church be at peace with its founder, the Nazareth preacher, and its Lord.”
– Michael Prior, Jesus the Liberator: Nazareth Liberation Theology Luke 4:16-30. Sheffield: Sheffield Academic Press, 1995, p.201

Michael was the epitome of the scholar-activist…His scholarship and “moral critique” were outstanding and prophetic. His faith placed an emphasis on the humanity and equality of all people. For me the loss of Michael is devastating. His passing will also sadden scores of his friends around the globe.
– Dr. Nur Masalha, St. Mary’s College, London.

…those of us who knew him well will never forget his sheer physical and spiritual presence–a visual memory of Michael the human being and Michael the priest that will linger on. Michael was someone you were always happy to have on your side, especially against the endless struggles against the evils of this world, and in my particular case, against the wrongdoing in Palestine…We can only hope that the younger generation will follow Michael’s courageious journey.
– Ilan Pappe, University of Haifa

Michael’s passion for justice was unflinching and unshakable. He was compelling and provocative in his writings. He sought to expose the lies and deceptions that underlie the Zionist project and that led to the conquest of Palestine. He is ‘still speaking’ through his books, lectures, and various publications… His strong prophetic message will reverberate until justice for the Palestinians is done and peace and reconciliation are achieved.”
– The Rev. Dr. Naim Ateek, Sabeel Liberation Theology Center, Jerusalem

The Most Rev. Samir Kafity

Bishop Kafity was a founding member of the Board of Directors of The Society for Biblical Studies. He was the first person to endorse the vision of S.B.S. and he was an enthusiastic supporter.

“In the world we hear of a first world, a third world, a Muslim world, a Christian world, a Western world, an Arab world…all these worlds! But in the Bible, I read about only one world and one God of us all. Let’s stop tearing apart what God has put together”
– Bishop Samir Kafity