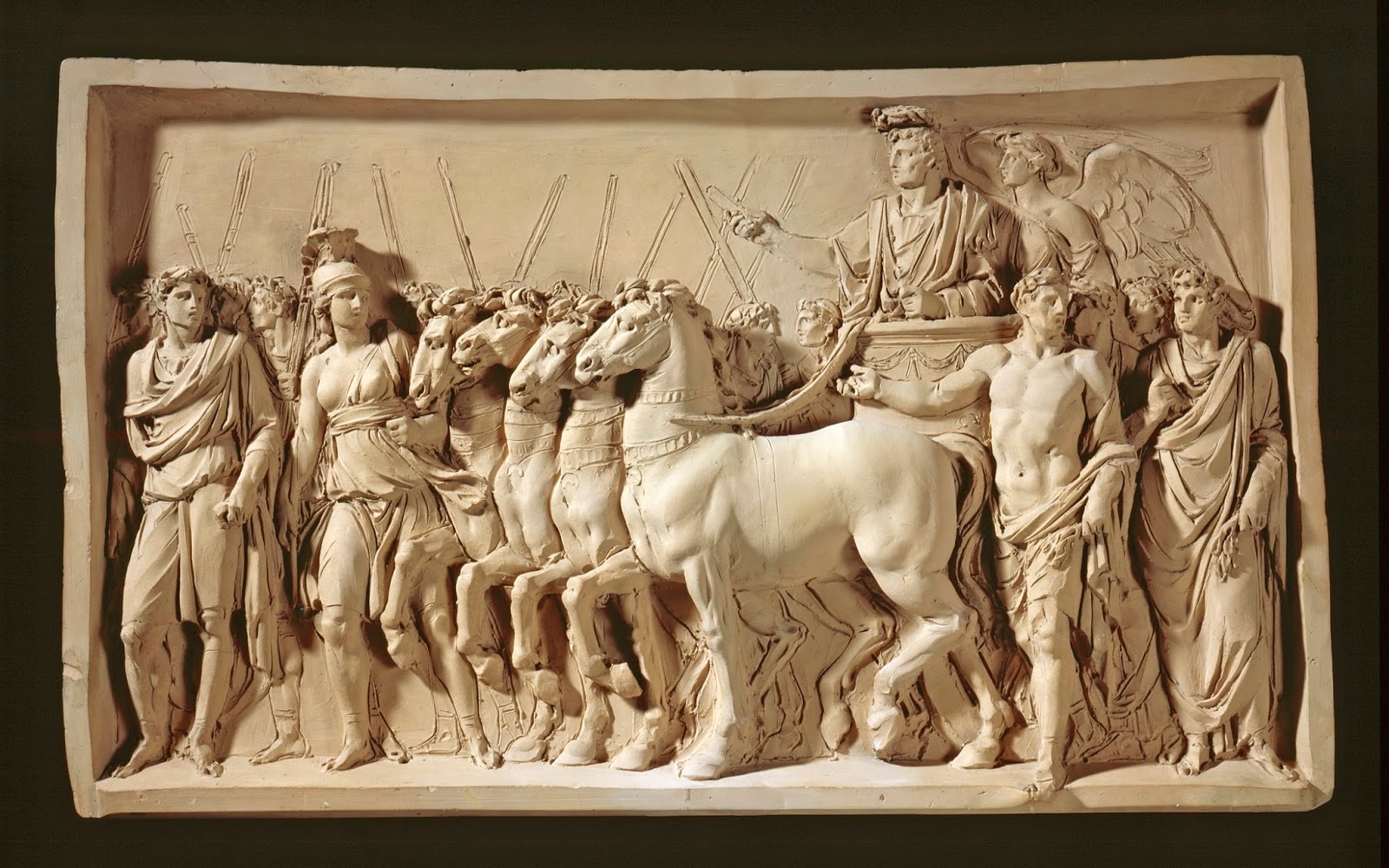 Some call it inscrutable. Some consider it scary. Others sincerely want to revere it, but give up in frustration trying to decode its symbolism. Today, it is widely used in so-called evangelical circles and for some mainstream readers, that is all it takes to view it with suspicion. Still others regard it as the ultimate guide book to the end times. It has always been considered controversial. To me, it is the most relevant book of the Bible.

To call the Book of Revelation (aka the Book of the Apocalypse) controversial is an understatement. Its vivid, striking imagery, seemingly obscure symbolism, and fantastic stories that some consider bizarre, if not intimidating, have generated innumerable wild and wooly interpretations. In the earliest years of the Church, its authorship was questioned. It was criticized as spurious. As late as the 16th century, Martin Luther wanted it segregated along with other debated New Testament books. Today, it is included in the canon of eastern Orthodox churches, but it is not read in the daily liturgy.

The matter of the meaning and interpretation of the Book of Revelation is not helped much by the state of the art of biblical scholarship. Most scholars assign the work to a literary genre that they call apocalyptic. That is their first mistake, because there was no such genre in the ancient world. It is a term invented by modern scholars. It is not only misleading to use that fabricated concept, but in so doing scholars obscure its actual genre and actual function.

If we were the original readers, or to be more correct, the original hearers of the Apocalypse, we would recognize it right away. It was not cryptic to the original hearers. Still, to make sure that no one in the original audience was confused about his purpose, the author, whose name was John, called the work prophecy, It is labeled as such five times in the text (Rev. 1:3; 22:7; 22:10; 22:18; 22:19). The author also invokes language which is associated with prophecy in case anyone missed his explicit labeling of the work.

Unfortunately, modern readers of the Bible often confuse prophecy with a sort of fortune telling, as if the prophet is some kind of diviner, a reader of tea leaves. Biblical prophecy, however, is not fortune telling. It is not primarily about predicting the future either. Rather, it is an assessment or critique of the present. The prophet Amos quotes God saying, “I am setting a plumb line among my people Israel.” (Amos 7:8) A plumb line is a tool that enables the builder to assess how straight a wall is. The prophet, e.g., Amos, is God’s tool that measures the moral straightness of God’s people. As the prophets of Israel assessed the people of Israel, so John understands himself as providing correction to churches he clearly has some authority over, calling them back to spiritual straightness and instilling an appropriate sense of urgency. God demands exclusive loyalty. The prophetic plumb line measures that loyalty and devotion.

Prophecy is, thus, social critique. It is not about the future. Rather, it is an assessment of the present in terms of a Divine vision. It is not about the end times. It is about the present times, i.e., the times in which the author and his churches are living. It is exhortation, encouragement, explanation of the present circumstances in light of a Divine vision for the purpose of calling the churches back into proper relationship with God. The author never intended it to be used in the 21st century. In order for us to use it today, it first must be considered in it original context. Otherwise, we risk misusing it. Not only is the Apocalypse the most controversial book in the Bible, it is the most misused. In the wrong hands, it is dangerous.

Many modern interpretations are misleading, because they tend to put the Apocalypse into a context of harsh persecution of the churches by the agents of Rome. However, there is very little evidence of persecution of followers of Jesus at the time in which John is writing. More fatal to traditional interpretations, there is almost no suggestion in the Apocalypse itself that anyone was experiencing any kind of persecution. There is only one reference in the entire 22 chapters to someone who evidently was martyred (Rev. 2: 13).

This is not to say that John’s audience is not in peril. John is convinced that they are in very real danger. The danger that they are in is not being persecuted, but rather that they are being tempted to place their loyalty in Rome rather than in God, i.e., in temporal, political authorities. They are not threatened with annihilation by Rome. They are threatened with seduction by Rome. Rome is not their oppressor. In the vivid imagery of the Apocalypse, Rome is a prostitute who seduces, rather than destroys the people, and Rome is such a good seductress, that the people enjoy the temptation and are oblivious to the danger they are in.

There are at least two problems with the popular impression that Rome was a regime of unmitigated brutality. First, simplistic assessments obscure the reality that empire offered distinct, tangible, and enormous benefits to its population. In fact, cities competed with one another to gain recognition for their loyalty to Rome. People fought wars not in order to escape Roman interference in their lives, but in order to gain Roman benefits. The adhesive of the ancient empire was not force, but material, social advantage. Empire provided security and stability to promote economic health, wealth, and prosperity. The archaeological record testifies to the tangible results of empire, such as impressive, inspiring architecture, artistic achievement at an exceptionally high level, and the extraordinarily sophisticated systems of infrastructure to produce and distribute food, provide water, and enable transportation that supported wealth production. Architecture, art, and literature expressed the prosperity of Roman culture and served to remind those who enjoyed them that their source was ultimately Imperial power. Pageantry, bread and circus, were not only distractions from the routines of daily life, they had the effect of reinforcing the sense of Rome’s majesty and authority. Always, Imperial propaganda aimed to persuade the population that the Emperor was the source of salvation. Therein is the problem that John sees. His churches are being corrupted, seduced into replacing their loyalty to God with loyalty to Rome.

Consider that at no time during the 1st century, i.e., the time of Jesus, Paul, the apostles, and the writing of most New Testament scripture, did Rome station a legion in Asia, its most important province. No emperor ever visited Asia during that century, yet the populations of the cities of Asia competed with each other to gain the prestige associated with the honor of maintaining the cults of the Emperors. This is not indicative of brutal repression. It was easy for subjects to be persuaded of the majesty of empire, to be reminded of imperial power, and enticed into loyalty. Very few were able to resist the allure and very few did. John’s churches were not immune to the tantalizing, seductive charm of power, prosperity, and prestige. Neither, by the way, are the citizens of modern day empire.

The second problem with simplistic assessments of Roman brutality and the role of force in Roman civilization, is that it persuades too many that Rome was very unlike modern day empires. This makes it difficult for many to see the relevance of a scriptural text from such a brutal historical period to our own lives and contexts. There is no doubt that Roman power could be exercised with brute force, which Rome had in abundance and didn’t hesitate to use when it was necessary. The institution of slavery, the practice of infanticide, the nonchalance with which capitol punishment was doled out, the brutality of almost never ending war, for example, were indelible features of Roman administration, but these were by no means unique to Rome. Neither did these things disappear when Rome did. One result of studying biblical backgrounds should be to learn how and when to draw parallels to our own contexts in order to recognize the relevance and applicability of scriptural texts to us in our own world. The Apocalypse is relevant and applicable today, because the conditions it critiques are conditions that we live with, too.

There are striking parallels between the 1st and 21st centuries. Architecture, pageantry, technological advancement, commercial benefits continue to impress and seduce modern citizens of empire into confusing the ultimate source of life. Still today churches confuse piety with patriotism, happy to enjoy and celebrate material benefits and political power. No one forces us to celebrate imperial power. We do it voluntarily. Think about it the next time you sing a rousing chorus of God Bless America in the 7th inning or are awed by a flyover, 4th of July parades, and fireworks.

The Book of Revelation is an urgent exhortation to believers to realign their loyalties away from earthly empire to the kingdom of God. Imperial power is just as inebriating and seductive today as it was then. For the same reason, the Book of Revelation should still be seen as controversial, because many still enjoy the perks of empire and because it still calls us to reorient our loyalties from temporal power to eternity. The Book of Revelation offers a reassuring promise of the vindication of God’s sovereignty over the power of earthly kingdoms and their rulers. John’s message reassures his audience that the human experience of God’s people is ultimately valuable, meaningful, purposeful, and guided by a God who cares, rather than random, arbitrary, impersonal, and ruled by chaos. It is the most relevant book of the Bible with the most direct and challenging implications for believers, because believers are still tempted by the tantalizing lure of temporal power and wealth, still distracted by the bangles and baubles of material luxury, and still seduced by the false attractions of political power.